Dailymail: More than 480 hotels in Greece go up for sale 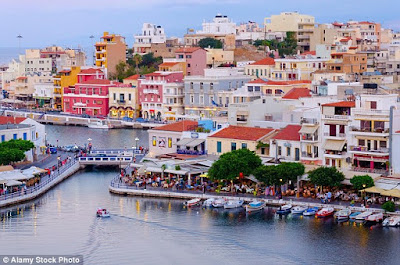 By Georgia Diebelius For Mailonline
Mamma Mia! More than 480 hotels in Greece go up for sale in less than a month for.......
as little as £190,000 as economic crisis continues to bite
Fancy owning your own hotel in Greece? Well now you can - and it's cheaper than buying a house.
New research has revealed that more than 480 hotels in places including Crete, Macedonia and Chania have been put up for sale in the past month.

The getaways, including the four-and-a-half-star Hotel Vatera Beach, which is rated number one out of five hotels in the area, have gone up for sale after facing serious sustainability issues, local media reported.

According to Ekathimerini.com, the total value of the asking prices advertised for the 482 properties is just over €1.7billion (£1.3billion).
dailymail.co.uk
Αναρτήθηκε από aisso στις 5:40:00 μ.μ.