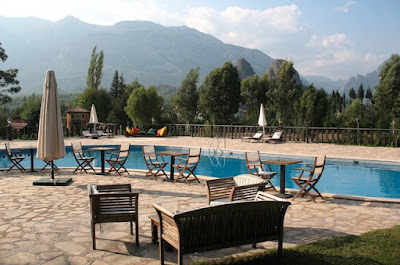 Around 1,300 hotels in Turkish beach resorts are up for sale after Russian sanctions.......
and a series of terror attacks caused the number of tourists coming to the country to fall, Turkish newspaper Today's Zaman reported.

More than 3 million Russian tourists visited Turkey last year, or 15 percent of total foreign visitors. But following the downing of a Russian warplane over the Turkish-Syrian border last November, Moscow banned charter flights to the country and told Russians the risk of terrorism was too high to safely travel there.

Abdurrahman Karamanlioglu, chairman of spa hotel Denizli Colossae Thermal, was quoted by Today's Zaman as saying a number of hotels in resort towns were left on the brink of bankruptcy by the Russian boycott. All-inclusive package beach holidays were particularly popular among Russians.

According to the newspaper, the properties up for sale on the Black Sea and Mediterranean coasts are together worth almost 39 billion Turkish lira ($13 billion).
Source: themoscowtimes.com
Αναρτήθηκε από aisso στις 2:36:00 μ.μ.